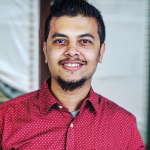 Now that the Government of India has imposed a ban on TikTok and 58 other ‘Chinese’ apps citing national security concerns, China’s ByteDance-owned TikTok is trying so hard to prove that the app has no secret ties with China or Xi Jinping-led Communist Party of China whatsoever. But despite so much flak from India, TikTok cannot possibly say that they have absolutely nothing to do with China, nor will they, unlike Truecaller, and for a reason.

TikTok is owned and operated by ByteDance, a Chinese multinational internet technology company, which is reportedly valued at more than $100 billion (Rs 74,67,94,50,00,000.00). But given the extreme pressure and criticism from all corners, TikTok may want to keep a safe distance from China, at least for now. This has also been validated by a recent report from an international news agency Reuters.

On June 28, 2020, one day before India officially announced its decision to ban 59 ‘Chinese’ apps including TikTok, the ByteDance-owned company wrote a letter to the Government of India’s Ministry of Electronics and Information Technology. In this letter, TikTok Chief Executive Kevin Mayer said that the Chinese government has never requested user data, nor would TikTok entertain any such request if asked.

“I can confirm that the Chinese government has never made a request to us for the TikTok data of Indian users… If we do ever receive such a request in the future, we would not comply.”

TikTok is likely to meet with officials from the Government of India next week. During this meeting, TikTok is likely to address concerns around data being stored outside India. TikTok has made it clear that India’s data is stored on servers located in Singapore. In fact, TikTok already has plans to build a data center in India in the coming months. During this meeting, TikTok will likely emphasize the company’s expansion plans for India.

“We have been invited to meet with concerned government stakeholders for an opportunity to respond (to this ban) and submit clarifications.”

Gandhi further said TikTok continues to comply with all data privacy and security requirements under Indian law and has not shared any information of our users in India with any foreign government, including the Chinese government.